Many, many years ago, I worked at a dysfunctional green-energy start-up. It was the kind of company that attracted young, ambitious people like me as well as seasoned Silicon Valley players because it was exciting and new. I know I was not alone in imagining that being on the ground floor of this company was going to end in stock options and glamour and a yacht or private jet. I was young, remember? The environment was intense, there was never a lack of work to do, and my duties and abilities were stretched as happens at ground-floor start-ups. I went from working on digital marketing to doing daily sales forecasting to setting up a new corporate phone line. Despite my dreams of glamour, the day to day was grueling.

But this isn’t a post about the day to day at a now-defunct start-up. This is a story about how one event became the catalyst for my development as a feminist leader.

The entire management team from the CEO down was traveling to an overseas event the day we faced a crisis. The sales team did not directly report to me, but I worked closely with them. One of our salespeople came into my office in tears. She had been working with one of our resellers who was deeply upset about a process or product (the details are hazy now, but I can tell you that this was fairly common as we were selling a product that went to market years before it should have).  The difference with this scenario was that the man was so upset that he was threatening to take his own life. It started with a phone call where he proclaimed that we had ruined him and followed with an email that showed his condo balcony, many feet off the ground, and the words, “I could just end it all right now.”

So, rightfully so, the salesperson was upset and didn’t know what to do. We took to the phones calling every number we had for him, then trying to reach his girlfriend, sending emails, etc. We could not get him on the phone. Unfortunately, I am familiar with the devastating toll suicide takes on families, so I felt very strongly that we needed to do something. Many of the other staff members were not sure what to do or didn’t think we should do anything. However, I made the tough call and called his condo association and asked them to do a welfare check. They ended up calling the police who located the man, and he was safe. We were relieved and went back to our never-ending duties.

Fast forward to our management team coming back from abroad, and I received the feedback that I had been too emotional, too worried, and that I should have called the management team before deciding what to do. Mind you they were half a world away. The reseller had called the CEO, and angrily proclaimed how embarrassed he was that we had asked for a welfare check. The CEO and my boss felt I had overreacted. A coworker let me know that the CEO thought I was “too nurturing.”

As a young woman, I read the books that were available about women in leadership. They all made it abundantly clear. If you wanted to be successful, it was best that you mold yourself to the world of work, and not the other way around. Here are a few pieces of advice doled out in those books:

This experience reinforced my mental model that in order for a woman to be liked she must be small, quiet, kind, soft, and passive.  This event reinforced everything I had read about what not to do as a woman in business. That to try and prevent suicide was “too nurturing.” However, this incident felt like the absolute right call. I find no shame in being the canary in the coal mine. When I received the feedback, I felt shame, but then I later felt righteous anger. How dare these people, who were unwilling to make a call one way or another, shame me? A seed was planted.

Several years went by. I married. I became a mother three times over. We moved our family to Wyoming for a new start and I entered higher ed after a dozen years in healthcare, tech, and entertainment. I was more established in my beliefs, and developing rapidly into an informal leader. I still butted up against that mental model frequently. Honestly, I still do. Our team had the opportunity to welcome Dear World to campus. Dear World is a group of folks who joined forces after Hurricane Katrina to document the post-hurricane world and help New Orleans citizens share a message with the world. They do this through striking portrait photography where the subject displays the message they wish to share with the world written on their body. I agonized over what my message would be. I went from popular song lyrics to overused cliches. And then, I woke up at 3 a.m. one morning, and I knew. Here I was, mid-career, and still struggling with what it means to be a decidedly feminine leader in a world that was teaching women that the way to be successful was to be decidedly not. I did not want to change my name. I did not want to hide parts of myself to make others comfortable. I did not want to constantly make choices to feed and keep the egos of those around me. I wanted to bake the damn cookies, bring them to the office, and let my coworkers know that I had made them. I wanted to nurture. To care. To make everyone feel welcome and to let them show up as they are. I wanted to model authentic feminism. Where equality is gained not because I prove I deserve it, because it is a right. A weekly podcast that explores the crossroads of Servant Leadership and the marketing profession. Each week marketing leaders, marketers, creatives, academics, and entrepreneurs share their experiences in marketing, leadership, business, and education to develop a new generation of marketers who serve first.

Awareness, especially disciplined self-awareness, is a key leadership attribute for recognizing issues within a team. Servant leaders must constantly scan the horizon and be aware of what is around them, but also cultivate a deep understanding of themselves.

Brad Stulberg, author of The Practice of Groundedness, shares his insights on how great leaders can attain self-awareness by embracing practice over perfection.

Join us as we discuss:

Check out these resources we mentioned during the podcast:

You can find this interview and many more by subscribing to The Servant Marketer on Apple Podcasts, on Spotify, or here. 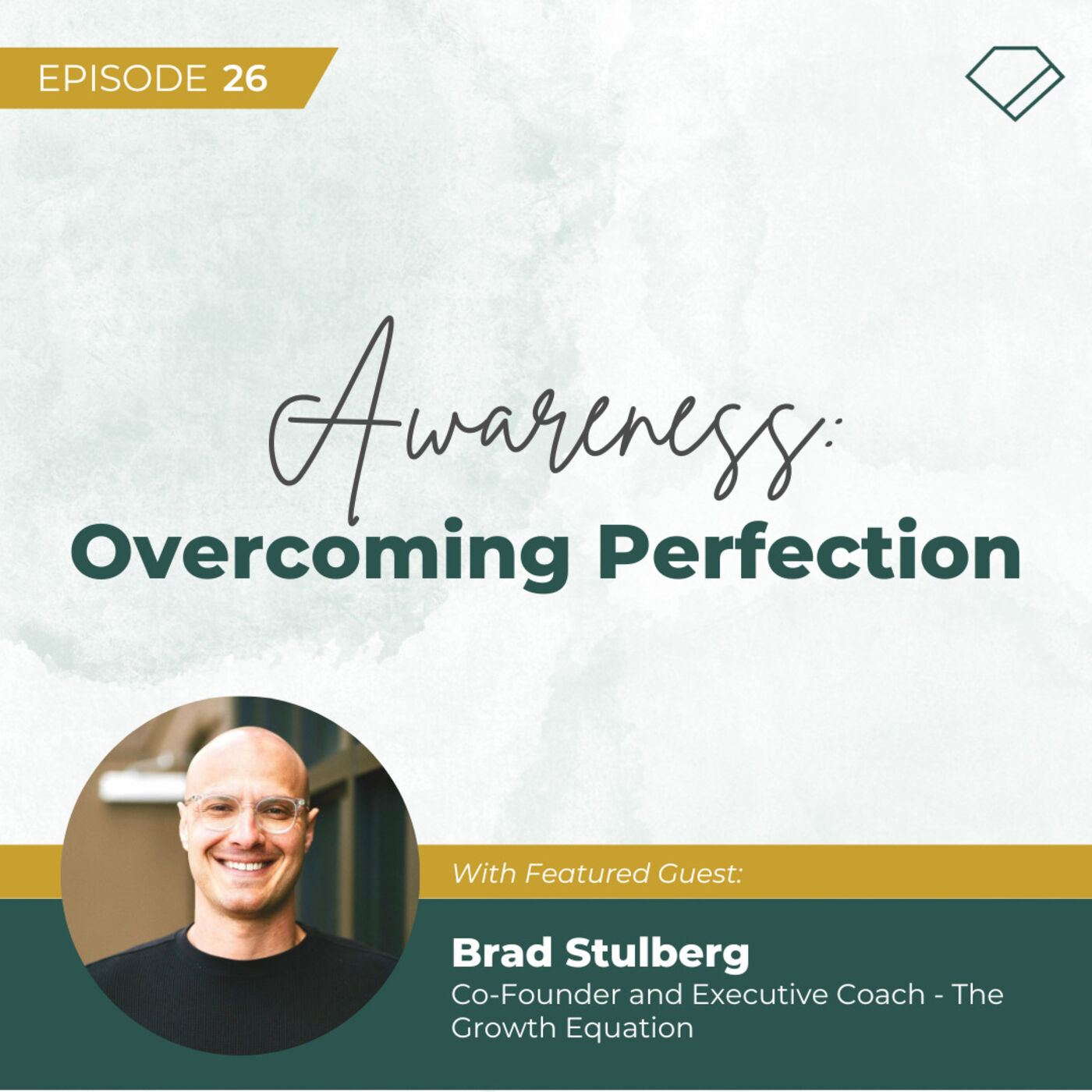 About The Servant Marketer

The Servant Marketer is a weekly podcast exploring the crossroads of Servant Leadership and the marketing profession. Each week marketing leaders, marketers, academics, entrepreneurs and creatives join host Jenny Petty to discuss how marketers can learn to serve first.